The SPCF is a five-year plan and results framework that describes the collective vision and response of the UN system to national development priorities. The office coordinates activities related to common programming including Agenda 2030, joint programmes, joint programming activities and development coordination work. This is done in conformity with the objectives and priorities of the Government, and the mandates and objectives of the United Nations agencies.

Ms. Sande brings more than 25 years of experience in international cooperation, development coordination, strategic management, peacebuilding, and humanitarian affairs to the position, which she acquired at the United Nations and externally. Within the Organization, she held leadership positions with the Joint United Nations Programme on HIV/AIDS (UNAIDS), including, most recently, as Country Director and Representative to China. She also served as Senior Gender Equality Adviser and Team Leader for Country Support in the UNAIDS Regional Office for Eastern and Southern Africa, as well as UNAIDS Country Coordinator in Lesotho and Country Director in Malawi and Uganda.

Prior to joining the United Nations, Ms. Sande held senior positions with international non-governmental organizations, including Oxfam, where she served as Regional Manager for Southern Africa, Regional Manager for Eastern Europe, the Middle East and the Commonwealth of Independent States (Georgia, Azerbaijan and Armenia), Deputy Country Representative in Rwanda, and Country Director in Zambia. She also was the Director for the Southern Africa Partnership programme of ActionAid International.

Ms. Sande holds a bachelor’s degree with honours in international relations and a master’s degree in development studies.

The Resident Coordinator's Team in Eritrea 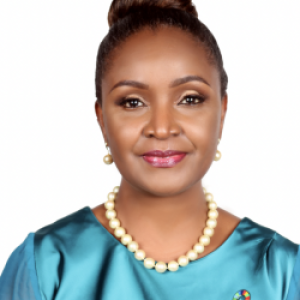